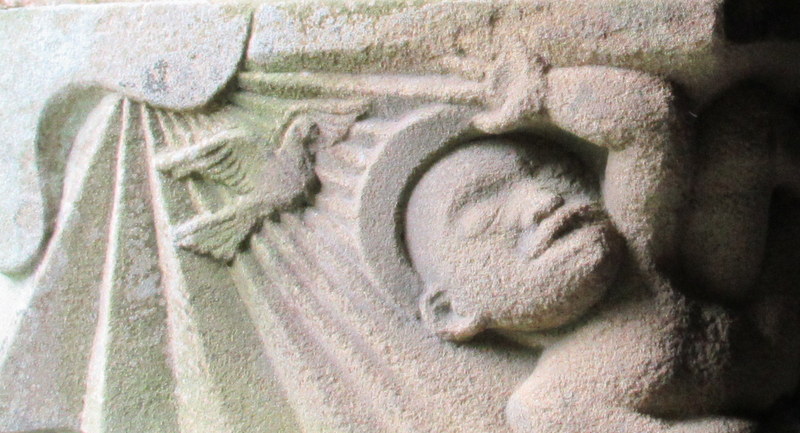 I took this trip in October 2018, just shortly after the hurricane. I have been on several trips since but am just now getting around to finishing this post!

We met up with the rest of the group in Dublin then traveled north to the  Giant’s Causeway, a geological area in Northern Ireland. It’s also where a lot of The Game of Thrones was shot. Then we continued along Causeway Coastal Route to catch our ferry to Scotland, and ultimately the Isle of Iona in the Inner Hebrides, a group of islands off the coast of Scotland.

Our bus took us to Oban to catch the ferry Craignure on the Isle of Mull. There are mostly single lane roads on this island, but there were lots of places to pull out to let others pass. We headed to Fionnphort to catch our next ferry. This island is the second largest island in the Hebrides, so the one lane road was a surprise since we had to drive about 35 miles on it. Even though it is a large island the population is only about 3000.

Arriving in Fionnphort we got our first glimpse of Iona. A tiny island just a mile off of the Isle of Mull.

This island has been a place of Christian pilgrimage since the 6th century. It’s described as a “thin place” – there are lots of interesting articles about thin places here is one from The New York Times – and another – and one more. What is a thin place? “It is a place where the boundary between heaven and earth is especially thin. It’s a place where we can sense the divine more readily.”

Iona was the birthplace of Christianity in Scotland. St Columba (grandson of the Irish King Niall) arrived there in 563 AD, built a monastery and converted the pagans to Christianity.

The island is home to the ruins of an ancient nunnery, a medieval abbey, and the burial ground of 48 Scottish kings. It’s a tiny island just 3 miles long and 1 mile wide.  Over the centuries the monks of Iona produced elaborate carvings, manuscripts and Celtic crosses. Probably their most famous work was the Book of Kells, from 800 AD, which we saw at Trinity College in Dublin.

On the hike we crossed the most unusual golf course I’ve ever seen with grazing sheep on it.

We arrived at the beach where St Columba first landed and we picked up green serpantine marble – it is a traditional charm against drowning and the evil-eye. The stone is also called Iona greenstone or St. Columba’s tears. There are lots of different types of rocks on this island – some being the oldest rocks on earth – 3 billion years old. To read more about the geology of the area click here.

There is a rock labyrinth on the beach too.

Our days on Iona were spent going to a worship service at the Abbey at 9 am and 9 pm each day, visiting the craft shops, reading, hiking and thinking about life. It was a relaxing visit.

While on a hike across the island we saw spray shooting up out of a hole in the top of a cave, our guide said that only happens when there are big swells on the ocean indicating a storm in the North Atlantic, and in this case heading toward Iona, more about that later.

For such a tiny island with a population of only 175 there are about 10 shops, mostly craft shops. They get about 130,000 visitors each year which supports the shops and the few hotels on the Island. You’ll find lots of things made from wool, there is a potter or two on the island, weaving, paintings, and jewelry made from local stone.

The Abbey was beautiful, the few streets on the island were picturesque, and the view of the sound was lovely.
We intended to leave on Sunday but Saturday morning we were told if we didn’t want to stay until Thursday we needed to EVACUATE today!! Evacuating two times, just weeks apart was no fun but it did add to the adventure.

Since our tour guide could not get a bus around on such short notice to pick us up we had to take public transportation to get to Glasgow. That was a trip.

We took the ferry across the sound and waited for the public bus to leave. As we drove across the island we saw 11 individual rainbows!

We took that bus to the next ferry, which took us to the train, except they were working on the tracks so we took another bus to meet the train which took us to Glasgow. By arriving there a day early we got a chance to do a little touring there. I loved the architecture in the city, we went to the cathedral then we got to go to the Kelvingrove Museum.

Then back to New Bern to get back to the cleanup after the flood. To read part 1 of this trip click here.