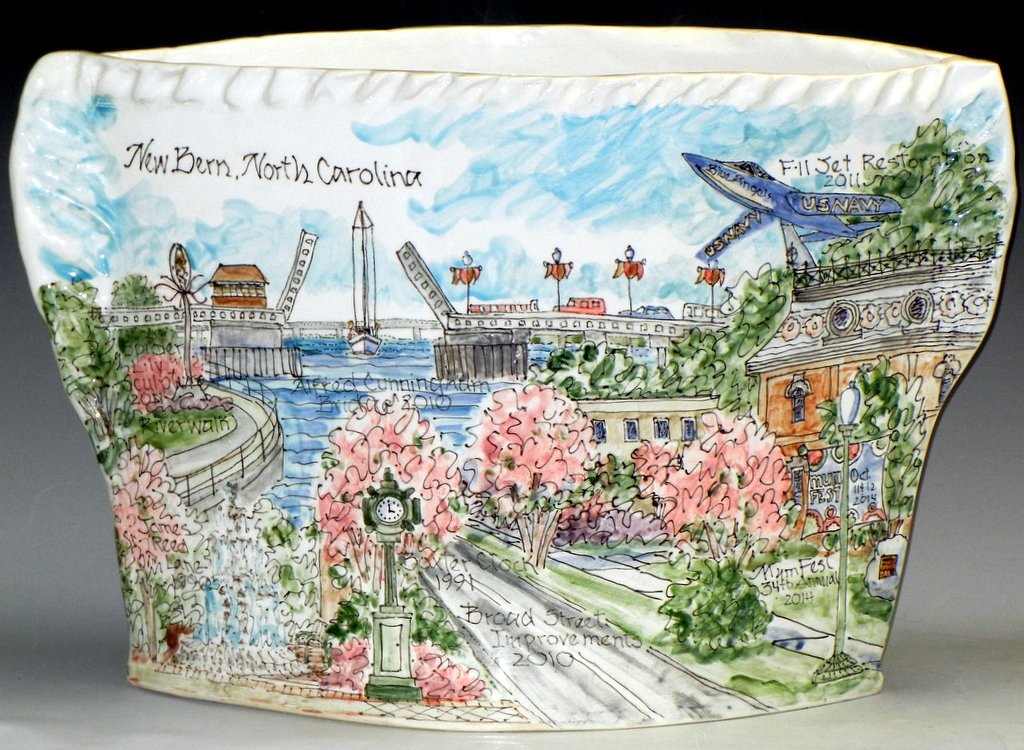 I’m often asked to do commemorative pieces to be given as gifts for retirements, birthdays, weddings, etc. The piece I’m showing here was for someone whose career lasted over 30 years and she was involved in many of the projects that have shaped the way our downtown looks today.

First we started with a list of the projects…

…I built this pot using slabs of clay…

…covered the entire pot with a clear glaze…
…fired it again, this time to 1911 degrees…
…and it’s done!

A one of a kind, special gift.
If you have an idea for a special gift for someone let me know! In my next post I’ll show some other pieces I’ve done for people that aren’t quite so elaborate!