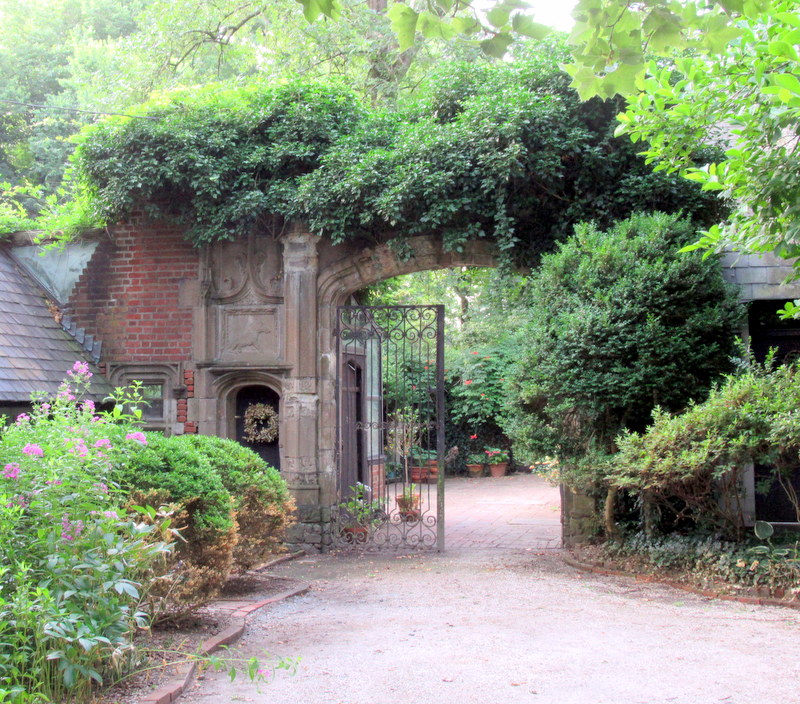 On my way to my clay workshop with Lisa Naples I took at a couple extra days to do some sightseeing. I had been to the Brandywine River Museum, YEARS ago. So long ago that you could still see all the front of the mill building. Now it’s so grown up you can just see bits of it through the trees.

It was interesting to see the artwork of so many of the Wyeth family members. And the detail of Andrew Wyeth’s egg tempera paintings, as you can see in the painting of the hair above was remarkable.

Then we had the chance to go visit his studio.

As I looked around the building I could see my photos translated into his style of painting.

Winterthur was interesting too, I had never been there before, DuPont collected over 90,000 American made objects that dated between the years of 1630 and 1860. As he added onto the house (now it has 175 rooms) he knew it was going to be a museum someday so built it accordingly. They have a great collection of soup tureens that gave me some ideas for sculpture!

And you can’t be in that area without visiting Longwood Gardens.

During the week of the workshop we were in session from 10-4:30 each day so didn’t have much time for sight seeing. But did get a few shots of architecture around Doylestown.

One day at lunch I ran over to Fonthill and the Moravian Tileworks, both very interesting!

They were built by Henry Chapman Mercer, who was an archeologist and tile-maker among other things. He built Fonthill and the Tileworks out of poured concrete. I had toured Fonthill years ago so this time took the tour of the tile works.

I did get up at 5:30 one day to take one of my favorite drives in the country, along the Delaware north of New Hope.

I can see a couple of these photos becoming paintings, if I ever sit still long enough to do any.

Speaking of favorite drives. Here are a few that are on my list in addition to River Road
– the Tunnel of Trees in Northern Michigan
– driving down the Florida Keys
– Independence Pass Colorado
– Front Street to the stand of live oaks, Beaufort, NC
– Frankfort Pike west from Midway, KY
– around Devils and Round Lakes in Lenawee County, Michigan

This is some of her work.

In the next post I will post my sculpture as I constructed it. In contrast to the sculptures I did a couple weeks ago with Barry Gregg,  which were pretty fast to do (we did at least 2 each day – plus they were small) – this weeks sculpture took all week, was quite detailed, and 14″ tall. The techniques we learned allow us to built as big as we want. Look for photos in my next post along with work by others at the workshop.